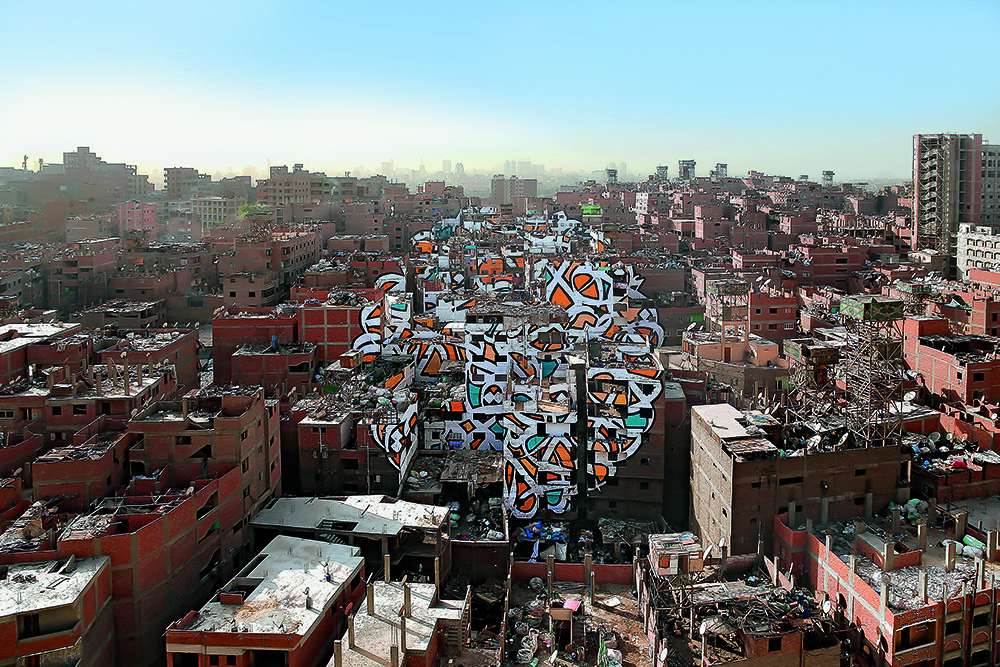 Tunisian French street artist eL Seed grew up in Paris, where he joined the late 1990s street art scene as a teenager. In his early twenties he began exploring his roots – Arabic visual culture, the classic language and its script. He taught himself calligraphy and began combining this new skill with the energy of street art. Moving to Montréal in the mid-2000s, he experimented with huge letterforms in abandoned factories, developing a unique style of Arabic calligraffiti – a term used for work that mixes writing traditions with the scale, physicality, public presence … and the brushes and aerosols of graffiti.

eL Seed’s anamorphic mural spans 50 façades in Cairo’s Manshiyat Naser district. In 2018 eL Seed published Perception, a personal account of the project, art directed by Cătălina Zlotea and printed by Fontegrafica in Milan using recycled paper made in Manshiyat Naser. The photobook (from which these pictures are taken) documents the process. 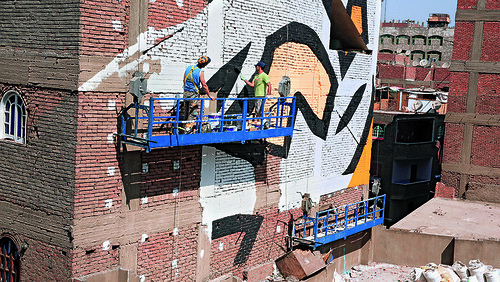