If the concept of ‘designer and illustrator as author’ is worthy of close attention outside children’s books still a compelling issue, few have a claim as strong as that of Chris Ware. His carefully drawn and extended fictions (such as Jimmy Corrigan: The Smartest Kid on Earth and Building Stories) chronicle the anxieties of American life with degrees of excruciating internal self-examination and forensic external details equalled by few other authors, literary or otherwise. By concentrating on a small cast of characters over long periods of time, Ware can revisit various obsessions and interests, from pulp science fiction to architecture; race to class; cruelty to kindness – while keeping the reader enthralled. Once you have entered his mundane worlds, these sagas have the gripping inevitability of a picaresque Victorian novel. The final spread displays ‘Intermission’ in huge colourful capitals against a background pattern of snowflakes, announcing there is much more to come.

Ware’s latest is Rusty Brown (Jonathan Cape/Penguin Random House, £25, $35) a weighty tome that focuses on three protagonists – ‘Rusty’ Brown, bully Jason (aka Jordan) Lint and Black teacher Joanne Cole, perhaps the most sympathetic character. The supporting cast includes schoolkids Alison and Chalky White, ‘Woody’ Brown (Rusty’s father) and a creepy art teacher named Mr Ware, all variously damaged or otherwise shaped by life, society, each other and the world at large. Starting with a single snowy day, Ware expands his fictional universe in this volume by zooming back and forth over the years, taking in births and deathbeds, allowing his characters to become unstuck in time like Billy Pilgrim in Slaughterhouse-Five. There are ancillary characters, such as partners, kids, nurses, doctors and librarians, and Ware hints at backstories for all his characters in their meticulously constructed environments.

Each double-page spread is immaculately rendered, whether detailing email in-boxes and birth certificates in tiny letters, full bleed snowscapes, or beautifully lettered comic book panels. Much like Charles M. Schulz with Peanuts, Ware can imply a blizzard of emotion in a sequence of two, microscopically different facial expressions. In what Ware describes on the cover as a ‘pictoglyphic paper time machine’, the peripheral details have details. The folded dust jacket permits four variations: all ‘easily reversible’. And even the small print comes with small print: ‘Contingent upon the survival of the American experiment and paper itself, reader discretion is advised.’

Cover of Rusty Brown, one of four variants made possible by re-folding the dust jacket. 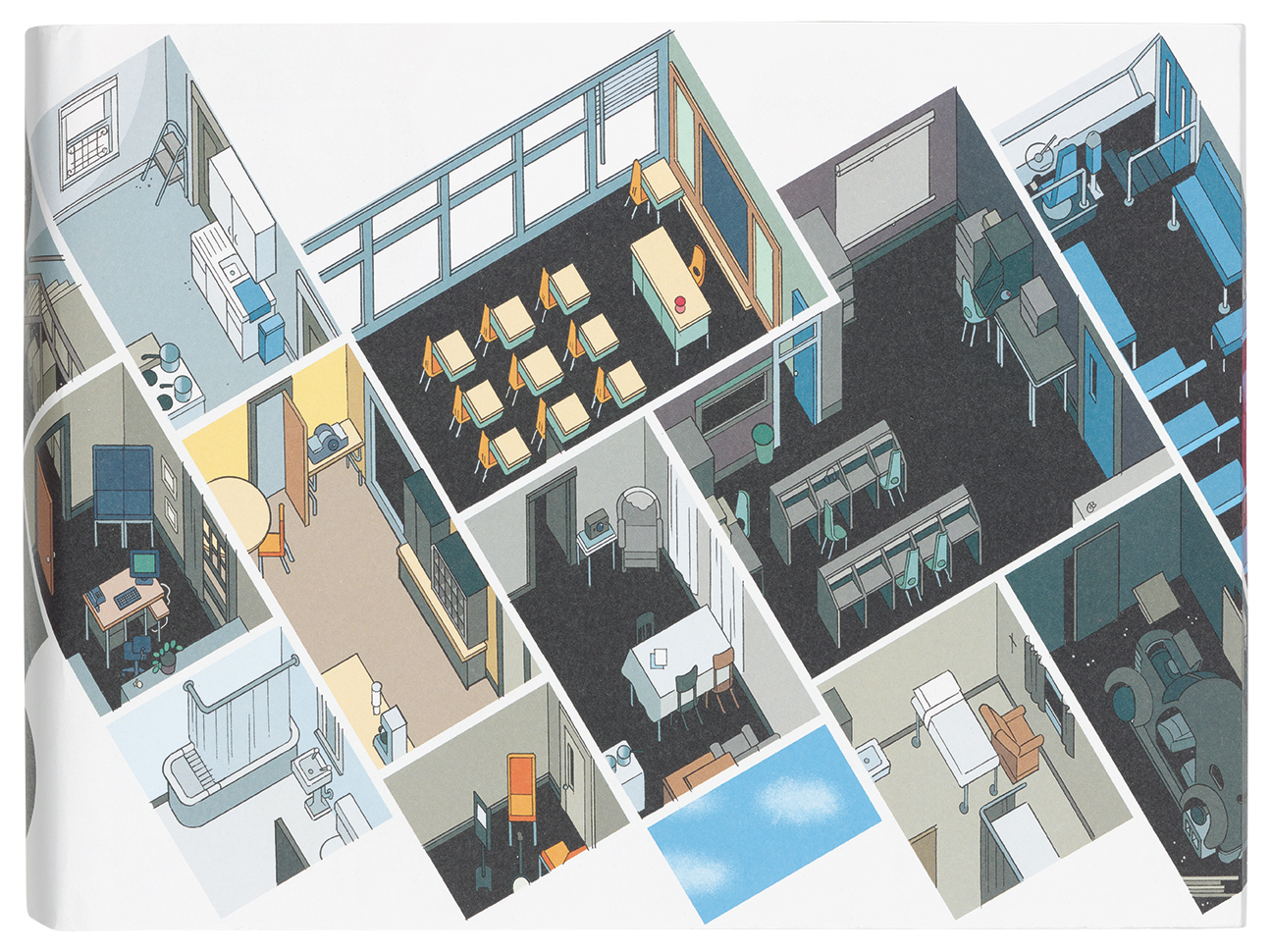 Buy from Bookshop.org
See ‘Smartest letterer on the planet’ in Eye 45